Catalytic converters are attractive to thieves as they contain three valuable metals: platinum, rhodium, and palladium.

While this kind of theft is not new, recent spikes in these precious metals' value have triggered a spike in thefts. 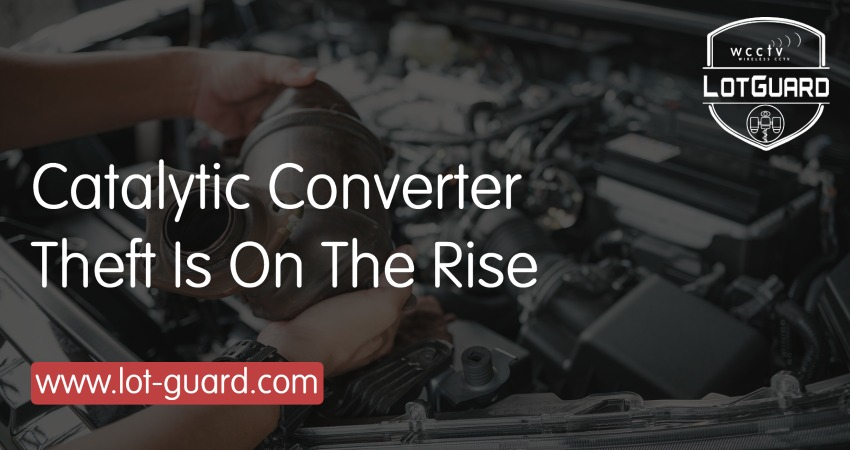 According to its claims data, State Farm says California ranks first in the country for auto parts thefts and catalytic converter thefts, accounting for more than 30 percent of all claims filed with State Farm.

Unless the thief is caught in the act, law enforcement can do little to investigate and bring perpetrators to justice.

How to Prevent Catalytic Converter Theft

Below are some simple steps on how to prevent your vehicle from being a target:

If you own a commercial parking lot, property, or dealership and are concerned about protecting vehicles from catalytic convertor theft, speak to LotGuard today.

We can provide LotGuard regardless of your site's power or internet availability; they are fully autonomous surveillance units.