20 Shocking Car Crime Stats (and How to Prevent Them)

Cars are an expensive commodity and popular amongst thieves. Below, LotGuard's security experts highlight some of the most shocking car crime statistics.

By volume, most car thefts occur where the vehicle is most commonly parked (a street or at home), but per minute parked, a car is up to 40% more likely to be stolen from a parking lot than any other location.

The reputational damage to your business resulting from a car theft at your lots means boosting your security measures is essential. As well as highlighting some of the worst statistics, we also look at ways to detect, mitigate, and report criminal activity at parking lots. 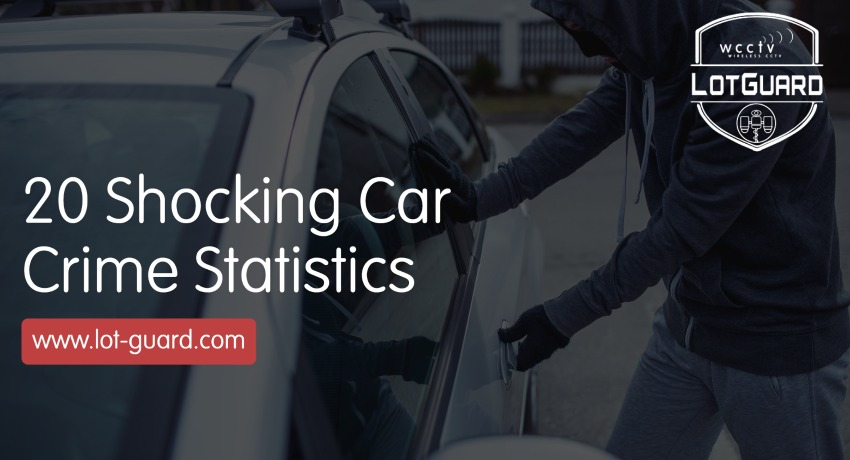 This eye-watering figure applies to all vehicular theft, including cars, motorbikes, trucks, buses, and scooters.

Loss per theft differs significantly from state to state, and depends on the average value of vehicles and the new to used car ratio.

The total number of vehicles stolen in 2020 was the highest since 2008, a disturbing upwards trend that experts believe coincides with increasing sophistication in theft tactics such as smart keys, which eliminated hot-wiring to steal cars; switching vehicle identification numbers and using stolen identities to secure loans for expensive vehicles

Experts suggest that the recent spike in car crime is due to conditions caused by the global pandemic, economic downturn, and lack of juvenile outreach programs. Figures will continue to climb as a worldwide shortage of components takes hold. New cars will be difficult to acquire and inflate the price and demand for used vehicles.

Holidays are the most popular time for thieves to strike, with New Year's Day closely followed by Labor Day, Presidents' Day, and New Year's Eve.

6. 209 cars are stolen every day due to keys or fobs left in the vehicle

Most vehicle theft resulting from keys or fobs left in the vehicle occurs during the winter months when the owner leaves the car running to defrost the windows.

8. Almost 50 catalytic converters were stolen every day in 2021

The upwards trend of catalytic convertor theft continued in 2021, reaching 18,000 - almost 50 a day - as a CBS report noted that the platinum, rhodium, and palladium components of catalytic converters could sell for between $1,000 and $11,000 per ounce. 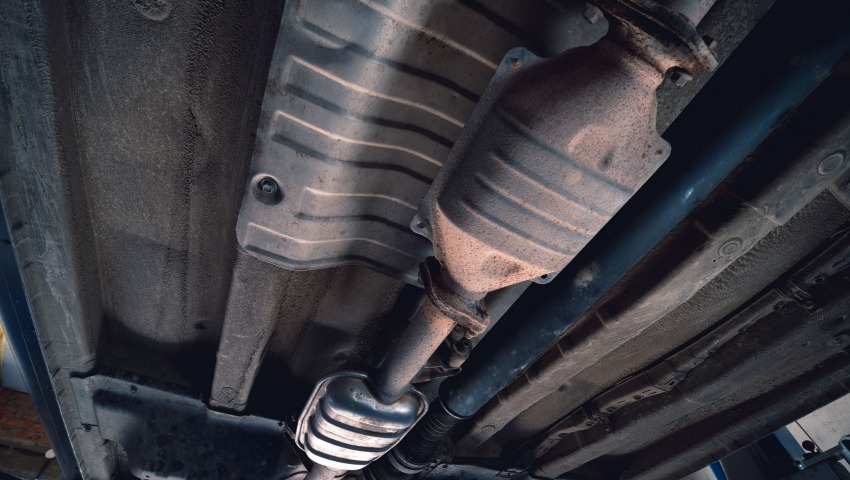 This shocking number from 2020 is the highest vehicle theft rate since 2009.

10. The state with the highest vehicle theft rate is Colorado

Vehicle theft in Colorado occurs at a rate over twice the national average, 524 per 100,000 citizens. The highest concentration is around Denver, Aurora, and Lakewood. Washington DC, New Mexico, California, and Missouri round out the top 5 states for vehicle theft.

11. The city with the highest vehicle theft rate is Bakersfield, CA

12. Vermont has the fewest vehicle thefts

Vermont, Maine, Wyoming, and New Hampshire have the lowest vehicle theft per 100,000.

13. The most stolen car is a Ford Pickup

With 44,014 in 2020, the Ford Pickup was the most popular vehicle amongst thieves. The Chevrolet Pickup, Honda Accord, Honda Civic, and Nissan Camray are all in the top five most stolen cars, too.

14. Hondas are the most commonly stolen motorcycles

8,122 Honda motorcycles were stolen in 2020, making it the most popular brand with thieves. Yamaha, Harley, Suzuki, and Kawasaki all feature in the top 5.

15. The state with the highest rate of motorcycle thefts is California

With nearly 7,000 thefts in 2020, California leads the way in motorcycle theft.

16. The city with the highest rate of motorcycle thefts is New York, NY

New York has almost twice the amount of motorcycle thefts as the next highest city, San Diego, CA, with nearly 1,200 thefts in 2020. 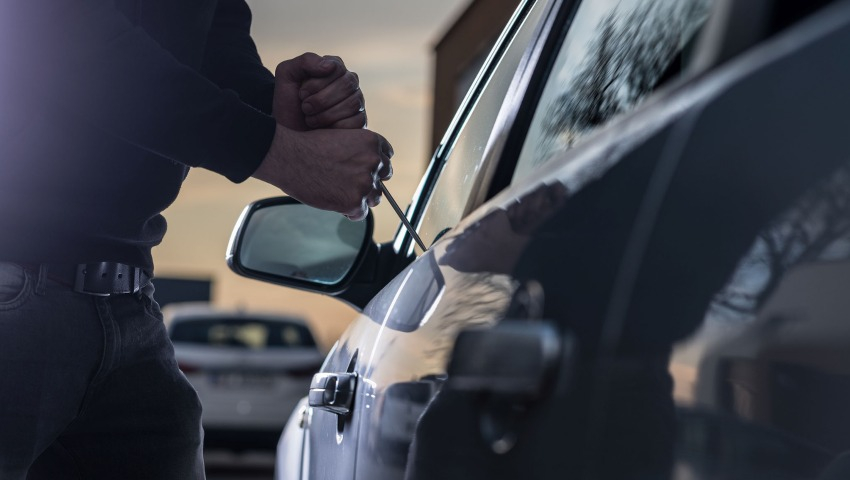 17. Newer cars can be broken into in less than 10 seconds

Thieves no longer have to overcome physical obstacles to gain entry, start, and drive away a car. Keyless entry and push-button start are making the process of stealing a vehicle quicker than ever.

18. Only 20% of vehicles are recovered unharmed

Although Statista reported in 2018 that 59% of cars are recovered if stolen locally, the story behind that number is less optimistic. Roughly a third are returned with $1000s worth of damage, and another third are recovered entirely beyond repair.

19. The most common motivation for car theft is joyriding

Cars are generally stolen for one of three purposes: temporary transportation, such as use in another crime or joyriding, to strip the car of its valuable parts for resale, or to resell it disguised as a legitimate car.

20. 30% of stolen vehicles are used in other crimes

This figure includes cars stripped for parts in 'chop-shops' and resold.

The risk of theft, per hour parked, is considerably higher when cars are in parking facilities.

Too often, parking lots are poorly secured, with poor lighting and blind spots where cars cannot easily be seen.

LotGuard mobile surveillance cameras are designed to detect, mitigate, and report any criminal activity, and enhance the security profile of any parking lot.

The PTZ cameras deliver full site coverage, and LotGuards can operate regardless of power availability.

We can customize the camera profile of a LotGuard unit to meet your lot's exact requirements.

Reach out to our LotGuard team today to learn more.

Ready to learn more about how WCCTV can protect your parking lots? Call our team today on 877 805-9475 or email sales@wcctv.com

Our thanks to the following for their research: